The image below is a schematic flow diagram of a typical oil refinery that depicts the various unit processes and the flow of intermediate product streams that occurs between the inlet crude oil feedstock and the final end products. The diagram depicts only one of the literally hundreds of different oil refinery configurations. The diagram also does not include any of the usual refinery facilities providing utilities such as steam, cooling water,and electric power as well as storage tanks for crude oil feedstock and for intermediate products and end products.There are many process configurations other than that depicted above. For example, the vacuum distillation unit may also produce fractions that can be refined into end products such as: spindle oil used in the textile industry,light machinery oil, motor oil, and steam cylinder oil. As another example, the vacuum residue may be processed in a coker unit to produce petroleum coke. 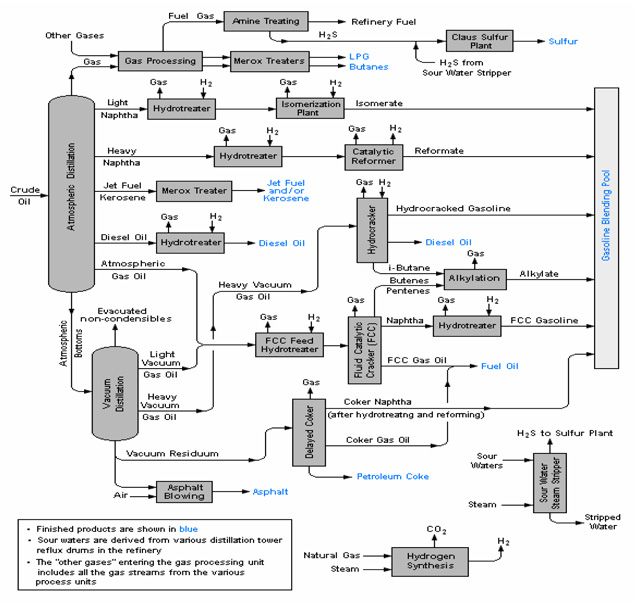